One More Update from Brooke.

Her doctor was able to get hospice care reinstated for her for 60 days.

Today, it seems as if you don’t have something like cancer or AIDS, your illness doesn’t qualify, as in Brooke’s case, her hospice care was discontinued because she wasn’t “considered to be dying.”  That’s just so awful.

People with chronic illness who are basically living a “living death”, there are no words because I can’t even think of the words because I’m one of those people.  I know I myself will probably die alone, no hospice, no support, nothing.  And I know there is nothing I can do about it. I have come to accept it because unfortunately that’s the way it is.

I ask everyone to pray for peace and comfort for Brooke during this time.

Recently there have been a lot of questions in the community about what has happened to me and where I am with things. I am now very near the end of life, and writing posts has become next to impossible, but I wanted to try to get one more out. This post will be written in many parts, and may seem rough around the edges, but it is the best that I can do at this point. I know you will understand.

First, regarding care. My initial reevaluation for hospice care was denied – in part due to misinformation coming from the whole CFS mixup. After this, my doctor agreed to treat me himself, without the aid of nurses since he couldn’t find a way to get any into the home. Things began going downhill so fast, however, that he recently talked the hospice team into readmitting me…

“GET” and The House Of Commons Gym Part 2

In Memory Of ME Patient 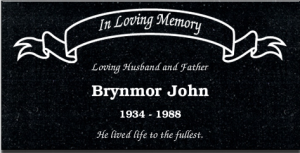 What Really Happened To Brynmor John?

First we have to look at the situation!

According to Malcolm Hooper’s “Magical Medicine:”

On 13th December 1988 Brynmor John MP died from ME/CFS.
His experience of the illness was all too familiar:

‘Though there is only a slight gradient from our house to the main road, it could have been the North face of the Eiger. I just could not get up it’ -Brynmor John

He found himself unable to dress; the slightest exertion exhausted him and it took days to regain his strength.

He was irritated by the profusion of psychiatric comment and was trying to ensure better understanding of ME/CFS.

Brynmor John suddenly collapsed and died as he was leaving the House of Commons gym after having been advised to exercise back to fitness.

According to MedLibrary.Org and Wikipedia:

The circumstances of his later life and premature death are cited by physicians postulating one school of thought concerning treatment of chronic fatigue syndrome. Brynmor John had been diagnosed with the illness, and died suddenly immediately after exiting the House of Commons gym. He had been following an exercise regime based on what is argued to be unfounded medical advice: that sufferers may exercise their way toward a cure for the illness

Lets take a look at the House of Commons Gym

These images were from different sources on google images including The Westminster Gym and Daily Mail Online UK.

As you can see, the House of Commons Gym is a big gym, a big fitness center, sort of like a Jack LaLane or an La Fitness which are here in the United States.   People are exercising on the machines….

The gym is actually called “The Westminster Gym” , the staff gym for members of Parliament.  Looks very nice, nice amenities. 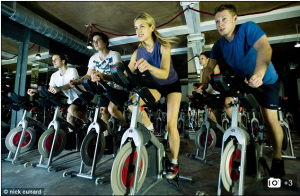 They have strength machines and free weights!

A 40-Station Gym which includes steppers, rowers, cycles, cross trainers which include touch screen technology, a place to dock your ipod and your own person tv viewing screen. State of the art technology!

They have brand new “Trixter” bikes which are supposed to offer virtual reality cycling.

They even have personal trainers to help you achieve your goal!

Fitness Instructor Training from just £13.50 per 45mins. Not too bad, that’s a good price.  That must be a discounted price for members, personal trainers here in the US charge over $100 an hour.

Air Conditioned so you stay cool while exercising.

Opened Monday to Friday so the members can work out right next to where they work.

Lets take a look at the pictures where the people are.

Something is missing in those pictures too.

I should say someone is missing in those pictures.

I don’t see a nurse

Do any of you see a nurse?

We do not see a nurse because this is NOT a medically supervised center!!!!!!

Brynmor John Was Exercising In A Non-Medically Supervised Center!!!!!

I must focus and hold my composure, because my temperature is rising!

What is wrong with this scenario?

Why was this wrong?

Why should he not have been exercising there in the first place?

Why should he have NOT BEEN EXERCISING AT ALL???

This should NOT HAVE HAPPENED?

His physician was missing the item that is in the 2nd picture above this one!

This was more than a big blunder by Brynmor John’s doctor!

“GET” and The House Of Commons Gym Part 1

In Memory Of ME Patient

JOHN, BRYNMOR THOMAS (1934–1988), Labour politician. He was born on 18 April 1934, the son of William Henry John, a painter and decorator, and Sarah Jane John. He received his education at Wood Road elementary school, Treforest, Pontypridd Boys’ Grammar School and University College, London. He graduated Ll. B. (Hons.) in 1954. He was an articled clerk, 1954-57 and he became a solicitor in 1957. He was on National Service, 1958-60, serving as an officer with the education branch of the RAF. As a partner from 1960 to 1970 in the firm of Morgan, Bruce and Nicholas, Pontypridd, John specialised in industrial accident cases.

He had joined the Labour Party at the age of eighteen, and was secretary of the Labour Party at University College, London. He was active in the local Labour Party in Pontypridd. He was elected Labour MP for Pontypridd in the general election of 1970 as successor to Arthur Pearson and he continued to represent the constituency until his death. He had first come to prominence in his opposition to the visit of the Welsh hockey team to South Africa and he was a committed devolutionist. Brynmor John was Under-secretary of State for defence for the RAF, under Harold Wilson, March 1974—April 1976, and then Minister of State at the Home Office during the Callaghan government of April 1976—May 1979. He was regarded as a safe pair of hands who seldom ran into controversy. He served as chairman of the Welsh Labour Group, 1983—84. He was also opposition spokesman on Northern Ireland, 1979—80, defence, 1980—81, social services, 1981—83, and agriculture, 1984—87.

He was a fierce anti—unilaterist who stormed out of the Labour Party conference at Brighton in 1981 when chairman Alex Kitson refused to call him to speak. He was then quickly replaced in that shadow portfolio by John Silkin. Subsequently Brynmor John was not prominent in the party councils. He was named as a possible defector to the SDP in 1981, but deeply resented the insinuation, telling students at the Polytechnic of Wales that the actions of the SDP were designed to ensure the triumph of the hard left. He was also a bitter opponent of the Labour Party’s Militant infiltrators. He had backed Roy Hattersley in the 1983 Labour Party leadership contest, and was promptly sacked by Neil Kinnock from the shadow cabinet. During his last years he had thrown himself into his constituency work with renewed vigour. He was a grey—haired, bespectacled figure, somewhat lacking in charisma. But it was easy to underestimate him, and he had a witty felicity in debate.

He married on 6 August 1960 Anne Pryce Hughes, the daughter of David L. Hughes. They had one son and one daughter. They lived at ‘Yalehaven’, Church Village, near Pontypridd. His hobby was watching rugby football. He died on 13 December 1988 at St Thomas’s hospital, London after suffering a heart attack and was cremated at Glyntaff Crematorium. He was succeeded by Kim Howells MP.

I never saw a proper tribute to this patient.

I felt it was long over-due.

The Question is , What REALLY  happened to Brynmor John?